Member's of the Disability Action Hall are very pleased and encouraged by the freezing of the low-income transit pass!

We are encouraged City Council wants to align all fares across the life spectrum. A mere $ 3 increase means a great deal to people living on low-income in our costly City. We wish to thank Council and Calgary Transit for listening to the need to create a fare structure based on need and we look forward to talking more about solutions for the new year in 2015.

Read what Tammy told Metro News by following this link!  and to watch Global TV news coverage watch this link! 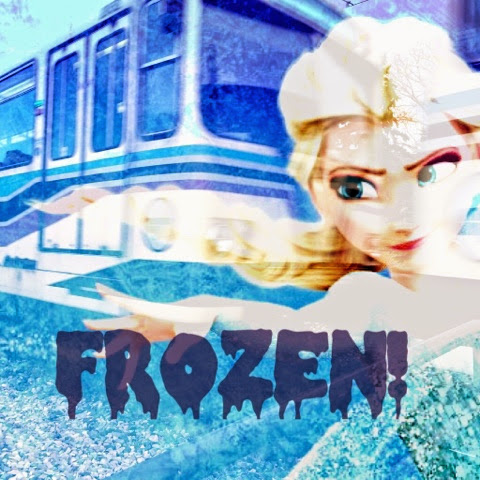 Members of the Disability Action Hall attended Calgary budget talks on Monday, November 24th, 2014 to ask Council to freeze the low-income transit pass until we have a better idea what people can afford to pay. Public consultations and a report is due back to Council by September, 2015.

In the meantime, Council deciding how to set these fares without enough data presents a huge barrier for people with limited income. Currently the subsidy program does not track how much a person earns, only if their income is below the low-income cut off which in 2012 was less than $23, 252 a year.

In July, Council decided to freeze "the seniors annual $ 15 low-income pass and $95 annual seniors transit pass" for 2015 when seniors heard it may increase. Age seems to be a determining factor as to how deep a discount should be, yet a seniors income is not tracked by the City. We need to improve the data in order to help Council set fares and subsidies at an affordable rate for the rider, transit and the taxpayer.

Meanwhile, last month nearly 10,000 people who are eligible for a $ 44 monthly low-income transit pass did not buy one. Hall members don't understand why people went to the trouble to apply for the subsidy and are not buying it. However our talks with community tell us $ 44 a month or $ 528 a year (97% higher than what seniors living on low-income pay) says Tammy Poirier "The pass is just too expensive. I don't know if I will be able to leave the house if the pass keeps going up and up."

We hope Council will freeze the discounted fares. The budget debates are expected to run until Friday.

Below are photos and the letter we shared at City Council.

Our Letter to Calgary City Council:

Members of the Disability Action Hall commend City Council earlier this year when the sliding scale concept was presented. We are here to speak in support of providing additional dollars to Calgary Transit to freeze the low-income transit pass for the following reasons:

To begin by quoting Councillor Stevenson, “I can still not understand why someone living on $1500 a month should be treated different if they are 55 or 65.”For your knowledge and reference, in October 2014 for the Citizens who have been approved by transit and want to ride more than four times a week, nearly 10,000 people did not buy a pass in October.

As you may also know, the budget before you does not reflect an alignment of all discounted transit fares nor does the budget that aligns with the fairness principles of the Fair Calgary Policy. Councillor Diane Colley-Urquhart  said “The City should practise “reverse discrimination” Many people, especially members of the Disability Action Hall are permanently disabled and typically can do very little to improve their financial situation.

We also ask to freeze the low-income transit pass until the sliding scale review, report and recommendations come before Council September 2015.

We also understand through our recent conversations with Calgary Transit, the data to help set this sliding scale may not be available until after the 2014 Notice of Assessment is completed and when people start to renew the passes; currently the challenge is while eligibility of income is checked, the income is not recorded on the single entry form at this time. We ask council not to raise the transit pass price without a full understanding of implications of even modest raise at this time.

We ask to please hit the pause button for low-income transit fares.  Given we do not have much data other than nearly 40% of the people who apply for the LITP in October did not buy one. It is in the best interest to freeze the pass until we know more data and to prevent unforeseen hardship, social isolation as typically the highest amount of sales for passes occur during cold climate months.

The community has told us that even at $ 44 a month. They cannot afford to buy it. Raising the low-income transit pass to another unaffordable rate counters the City’s commitment to policies of accessible and inclusive communities. By freezing the pass we are excited that another 10,000 people will contribute revenue to Calgary Transit and the community.

Thank you for your time and consideration to freeze the low-income transit pass until the sliding scale report is completed.

Its that time of year! Mark your calendars and hope you cna join us for our holiday party on Thursday, December 11 from 5 to 8 pm. Please RSVP to Amanda!