How We Speak Up for Change


Many people ask us how we work together. We would like to tell you how we pick what we work on, rules we keep in mind when we talk to government and if the rules work for us. 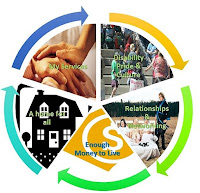 We pick what we want to work on by talking about it. When a topic keeps coming up, we decide to do something about it.


Many of the members of the Hall have a disability and understand what we need to do to make life better. Our plan is about lot of what we do as a group to make sure everyone has a good life. (Public benefit).

Hall members work on good services, pride and culture, relationships and networking, enough money to live and a home for all.

2. Rules we keep in mind when we talk to the government

Charities have rules when we talk to the government as a group.  When we share our ideas with the government, we have rules to follow to make what we say is for the greater good.  If you want, here is a link to watch a few videos about the rules. 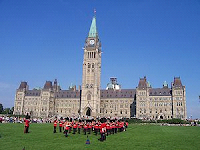 
Alberta is also looking at the Alberta Lobbyist Act.


The Act helps people who talk to the Alberta government. There are some ideas in a report for charities and groups to now register as a lobbyist. The December 16, 2016, report tells why non-profits need to be included in the lobbyist act.

In 2007 a lobbyist was a person who speaks to the government for private benefit, they are called lobbyists. Lobbyists are also told they need to register and have to follow certain rules.   At that time, the government said it is ok not to include non-profit groups who speak up for the greater good (public benefit).

Now, to help the government pick what needs to be changed in the act, a group is known as the “Standing Committee on Resource Stewardship” meets. The group will then write a report for the Alberta government cabinet sometime in April
2017.  Link to Lobbyist Act Review. 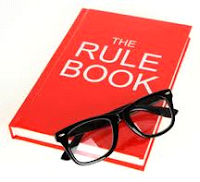 The Canada rules work for us.


The Alberta Lobbyist Act may not if the act will now include non-profits.

The Calgary Chamber of Volunteer Organizations (CCVO) posted a joint letter and shared it with the committee. The letter says why there is no need to include non-profits and groups who speak up for the greater good. Other provinces like Quebec, Manitoba and Saskatchewan and the City of Toronto also say not to include non-profits to be lobbyists.

The Hall also wrote a letter about why it is important for us to continue to speak up for human rights in order to make good policy that works for Albertans.
Here is a link to our letter.


If you think it is important for you to keep on speaking to the government about how to make life better for Albertans, share your ideas with your Minister of Legislative Assembly (MLA) and the Chair of the Committee before April 2017. (Deadline has passed, we are sending letters).


Address to the Chair of the Standing Committee on Resource Stewardship:

Share your ideas with your MLA
Visit the street keys website and type in your postal code.
at March 08, 2017
Email ThisBlogThis!Share to TwitterShare to FacebookShare to Pinterest